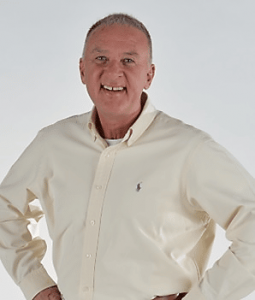 John McGivern is best known for his Emmy-award winning work on PBS. His one-man-shows, The Early Stories of John McGivern, Midsummer Night McGivern, and John McGivern’s Home for the Holidays tell the stories of being the third born of six kids in a working-class Irish Catholic Family in Wisconsin. Oshkosh was featured in Season Four of his Around the Corner with John McGivern where he traveled across the state exploring, living, working, and playing in Wisconsin’s unique communities.

His stories are personal, funny, touching, and familiar. His themes are based in family and remind us all that, as specific as we might believe our own experiences are, we all share a universal human experience.

John is proud to have been part of We’re Funny that Way on HBO and Out There II on Comedy Central. Other notable appearances include sitting next to Sally Field on Politically Incorrect and being knighted by Julie Andrews’ character in the hit film The Princess Diaries.